Barre MA real estate has changed over the years. The town, settled in 1720, was originally home to many operating farms with quaint farmhouses, however in recent years, they have become fewer and fewer, leaving many unsown farm fields. Still a great place for "gentlemen farms" and equestrian properties, today Barre homes for sale include historic gems as well as Victorians, Colonials, and a mix of modern and Contemporary . There is still a great deal of land available to build your dream home or farm.

Barre residents claim the town has the loveliest Town Commons in central Mass   . True to tradition, the town common is in the middle of Barre and hosts many band concerts and public events in the summer. Contact Barre resident, Rick Lindsten of Michael Toomey and Associates for the inside scoop on Barre. 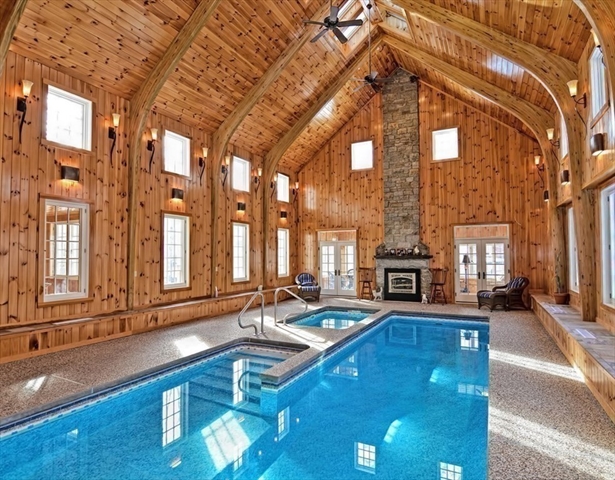 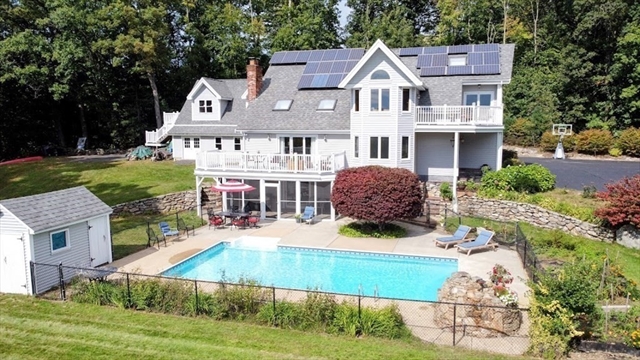 Welcome home to this beautiful stone-front custom-built home. The first floor office with gorgeous hardwoods, eat-in kitchen, separate dining room and fireplaced family room are just a few of the features that make this house so special. The oversized primary bedroom with walk-in closet and private bath has French doors that lead to a maintenance-free deck where you can quietly sip your morning coffee while enjoying your beautiful surroundings. Another set of French doors leading to a second Trex deck provides incredible views of the southern side of this property. Bonus room on the second floor, which is plumbed for a kitchen, offers loads of possibilities, while a bedroom and full bath in the finished lower level which walks out to a screened-in porch is the perfect guest room. The beautiful in-ground pool, complemented with spectacular flowering gardens, including fruit trees, rounds out the features of this home to make it exceptional. In-law and/or home business potential!. 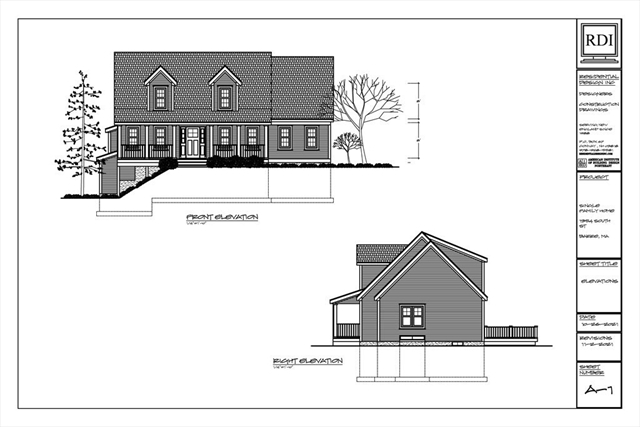 Under construction for the end of spring. Act now to customize this 4 bedroom, 3½ bath home to your taste. Great location in a nice neighborhood. Enjoy privacy and wildlife, while still being close to schools, the center of town and plaza shopping. Gorgeous views from the 34' farmer's porch along the front of the house, and from the 12'x14' back deck and spacious yard. Two master suites, with a cathedral ceiling in the master bedroom on the 1st floor. Hardwood, tile, and granite throughout the 1st floor. 2nd floor has a second master suite with its own bathroom, along with two more bedrooms and another full bath, and more tile and granite in the upstairs bathrooms. $3,000 appliance package is included. The basement could be finished to add nearly 800 more sq. ft. of living area. 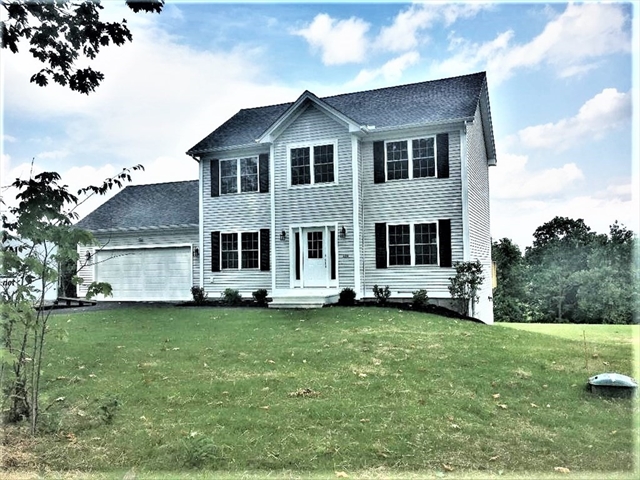 Home is framed and headed for Completion - Mid January completion! Secure your brand new home before it's GONE! This quality home offers open concept living area with nicely appointed kitchen, LVP flooring throughout 1st floor, 3 bedroooms, Master bedroom with 2 walkin closets, master bath with double sink vanity. Set just out of and in walking distance of quaint Barre Common, and just off Rte 122 for the commuter! Great place to live in a small town, but convenient for commuting to the Worcester area. Reputable builder, quality construction. Buyer has choice of colors and selections to add their personal taste & touch! Taxes and Assessment TBD. 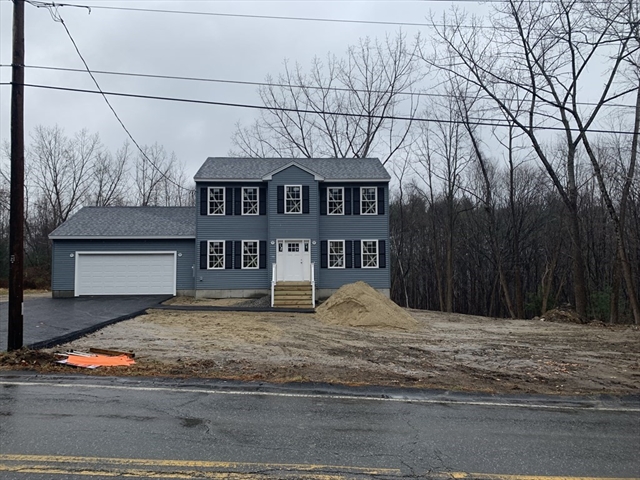 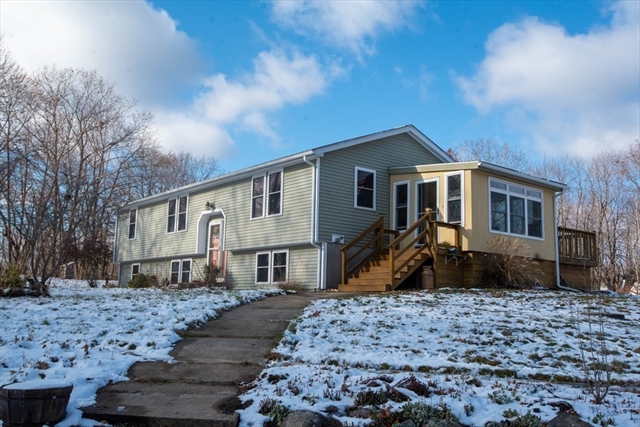 Absolutely immaculate 8 room, 3 bedroom Raised Ranch situated on over 7 acres of land with detached 2 car garage / barn and workshop.Home is set back off road but only a mile from the center of Barre and all area amenities. Fantastic 3 season room that leads into an open concept kitchen / dining room with new flooring and great storage space. Off dining room is slider to a private custom two level deck overlooking huge private back yard. Vaulted ceilings in kitchen, dining room and living room with recess lighting. A full bath, and 2 bedrooms off first floor hallway. Master suite opens to a master bath w/ jacuzzi tub. Finished basement with large family room with pellet stove, laundry room and an additional bedroom. Beautiful detached barn with oversized parking, custom door and side entrance. Covered exterior storage built off side. Laminated beams create a huge open floor space to park or use as workshop.Potential to finish room above garage with a private deck off the second floor. 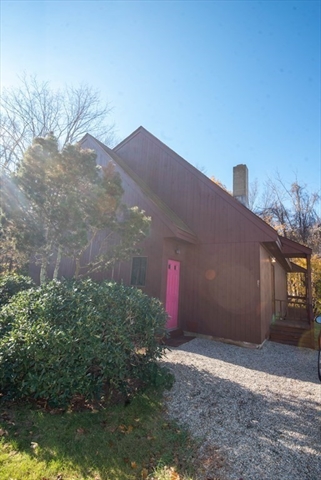 Tremendous opportunity for a multitude of different uses. Mixed use commercial / residential zoning. Home custom built and lived in by one owner for decades and used as a dance studio on first floor and neat and clean 2 bedroom efficiency apartment on second floor. First floor was used as studio space with 2 separate entrances, one with ramp. Huge open space with hardwood flooring, changing room and 2 half bathrooms off studio floor. Forced hot air heat on first floor and hot water by baseboard on second. Access to basement in the studio. Wide stairway to second floor leads to apartment which features open concept kitchen / living room. 2 bedrooms off of living room and full bath with washer hookup. Would make a perfect dance studio / daycare with great income potential from both units. Generac back- up generator. Within a mile of all area amenities and easy accessible from 122 or Rt 2 corridor. Nice level lot with frontage on portion of the Prince River and municipal water and sewer 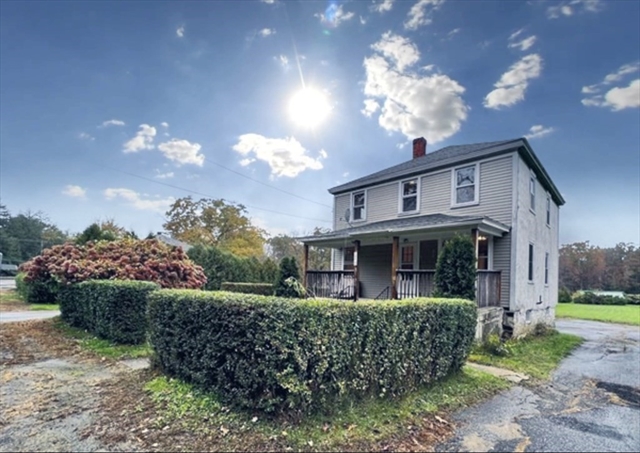 Located with water front on The Ware River and in The historical village of South Barre, this spacious colonial is just waitng for its new owner. Situated on a beautifully level lot with wrap around driveway and storage barn. It's just a stones throw to resturants, post office, church, temple, markets and parks. Sit on the front farmer porch and enjoy watching the town go by. Or drop all your items as you enter through the back mudroom off the back driveway/parking area. This home features a large kitchen with updated cabinets, built ins and a half bath. There are three other rooms which can lay out in any desire you have! Dining room, living room, and office or playroom - or even a first floor bedroom. Up the beautiful staircase you will find the full bath and 3-4 well appointed bedrooms. The master bedroom is utilizing the smallest of the bedrooms as a closet as they are adjoining and without individual closets. The home also has a brand new boiler. Large Shed For added storage. 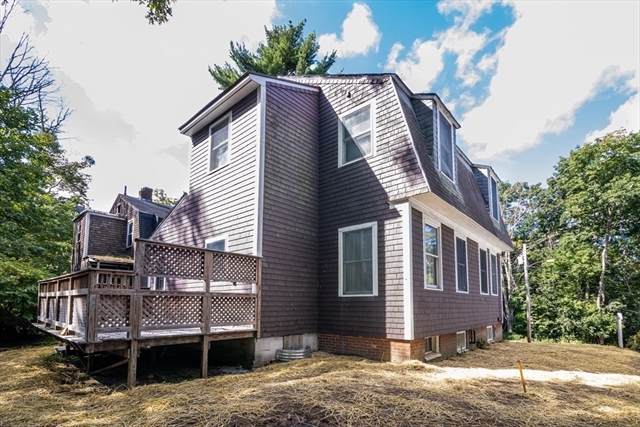 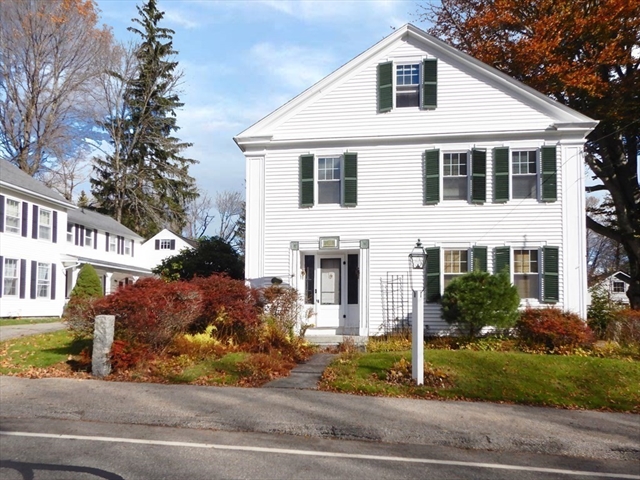 Occupied White Vinyl sided Colonial with 10 Rooms, 4 Bedrooms, and 2 Full Baths featuring a 1x Car Attached Garage with Barn. Sold in strictly as-is condition. All offers must have Proof of Funds or Pre-Approval and a min deposit of $1k. Buyer is to verify all info and the use of property. Seller has stated that no Interior Access is allowed. Cash Offers Only. Occupants should NOT be disturbed. The property is being sold occupied as-is with no inspections and no access.