The picturesque town of East Brookfield, Massachusetts houses 2,097 citizens according to the 2000 census.  The most lively part of this small-scale town is located on Main Street, which borders the beautiful Lake Lashaway.  Along Lake Lashaway runs Route 9 , making travel to other cities easy for the townspeople.  Within a few blocks of the main strip, schools, churches, and retail business are commonly found.
An interesting fact about East Brookfield, which the townspeople are most proud of, is that it is the birth place of Connie Mack, the former player, manager and later owner of the Philadelphia Athletics (known today as the Oakland A‘s).  Also, the man who revolutionized the roller skate, James L Plimpton, resided in East Brookfield.  He installed electricity in the first home of the town with the assistance of the ever-famous Thomas Edison.
This quaint town was settled in 1664, first as part of the Quabog Plantation land.  It then became part of Brookfield in the year 1673.  The town wasn’t Incorporated until the year 1920, and was then nicknamed “The little town of the Commonwealth,” because it was the newest town in the state of Massachusetts.
This small town is documented at 10.2 square miles.  Just north of East Brookfield, can be found its sister town, North Brookfield.  To the west is  Brookfield, and to the East is Spencer.  South of this town, Charlton and Sturbridge are located.  East Brookfield is about 14 miles west of Worcester.  Also, it is conveniently only about a one hour drive to Logan Airport.
East Brookfield is the perfect countr y town for those who wish to live in a woodland area, with an easy commute to major metropolitan areas.
1
ACT 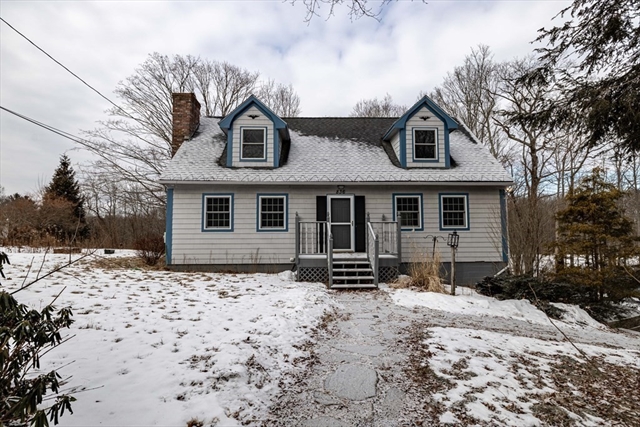 This home is much bigger than it looks from the outside. First floor consists of a cabinet packed eat-in kitchen with slider to deck, separate dining area, living room with wood burning fireplace and family room or home office and 1/2 bath. On 2nd floor is full bath and 4 good sized bedrooms each with large closets and large walk-in hall closet. Basement has a small in-law set-up with full bath (stand-up shower), laundry hook-ups and 2nd fireplace. All but 1 window has been replaced recently. Some updates and cosmetics needed, some vinyl flooring needs replacing (priced accordingly). Passing title v in hand.